​​The husband and wife team, with a combined fifty three years of restaurant experience, share their expert advice in a witty, back and forth, he/she format.  Never has restaurant management seemed so appealing. 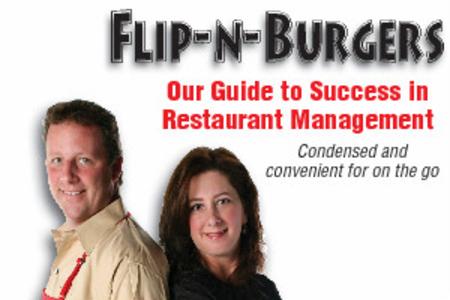 Scott grew up in a family of QSR operators that operated such brands as Wendy's, McDonald's, Taco Bell and Dairy Queen.  Scott wanted to be a priest, but fortunately for me, he ultimately chose a career in the restaurant industry.  Scott's first experiences were at age 11, busing tables.  Scott accepted his first QSR job, as a manager trainee, in 1990.  He graduated from Purdue University and then moved into human resources at a large QSR headquarters, before moving back into operations in 1995.  That's when I entered the picture and we were married.  Best decision that he ever made.  He has since been involved in executive level operations globally and has advised several foodservice brands for many years.  Together we have over 53 years of restaurant experience.  Wow that makes me feel old.

Kelly grew up in Central Wisconsin and always wanted to marry someone just like me.  Did I mention that she is older than I am?  I also like to tease her about how she talks, "hey dere youz guyz."  She may edit out my first three sentences.  Kelly graduated from college with honors.  She then worked for a large, upscale department store and was quickly moved into human resources because of her skills.  She ultimately managed the HR (human resources) function for their largest store, which included three restaurants.  Kelly was aggressively pursued by a large QSR brand and she too, in her designer dress and pumps, stereotyped our business and turned them down.  Eventually she realized restaurant people are just like everyone else, and joined that large QSR.  She has over 20 years of HR experience now under her belt.  But she also has a passion and understanding of the entire QSR business, including operations.  She can often be found in the restaurants in a skirt and heels, asking questions about QSC (quality, service and cleanliness) and profitability.